Can I Fire an Employee Because They Were Just Arrested?

The political climate over the last year has resulted in various protests and riots on American soil. As a result, many people who had not previously had an encounter with the law found themselves being arrested.

This led many employers to ask, "Can I fire my employee because they were arrested?" The answer is complicated due to protections for employees, which we will cover here. 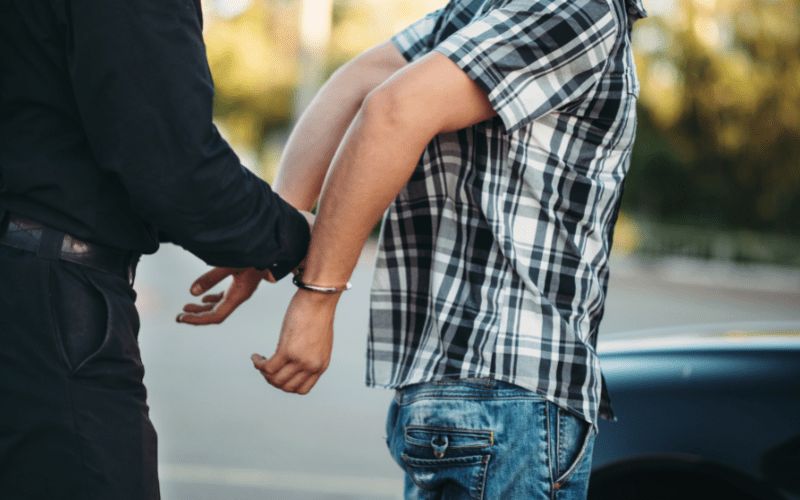 The U.S. Equal Employment Opportunity Commission (EEOC) enforces the "Civil Rights Act of 1964 (Title VII) which prohibits employment discrimination based on race, color, religion, sex, or national origin." Its recently updated Enforcement Guidance on the Consideration of Arrest and Conviction Records in Employment Decisions contains valuable information for employers who are dealing with employees who have recently been arrested, employees who have arrest records, or similar situations.

(By the way, they also have a guide to Pre-Employment Inquiries and Arrest & Conviction.)

6 Things to Consider About an Arrest

An HR solution that CSI Accounting & Payroll provides, HR Support Center, answered the question as well. Their expert would not recommend terminating employment because of an arrest. What are the reasons for this answer?

1. An arrest does not guarantee criminal activity.

"Innocent until proven guilty" is a term that is often forgotten by the public. An arrest does not mean that a crime has actually occurred; only a conviction can tell you if a crime has occurred beyond a reasonable doubt. EEOC backs this up by stating, "Arrests are not proof of criminal conduct. Many arrests do not result in criminal charges, or the charges are dismissed."

2. Basing employment on contact with the criminal justice system can have a disparate impact on certain racial groups.

3. Arrest rates in general are on the rise.

Overall, the number of Americans who have been arrested has been rapidly increasing over the last twenty years. In 1991, 1.8% of the adult population had served time in prison, and by 2001, it was 2.7%. In 2007, 3.2% - or 1 in 31 - were under some form of correctional control. The Bureau of Justice Statistics estimates that about 6.6% of people born in the U.S. in 2001 will eventually serve time in prison.

4. Non-conviction arrests may be considered a protected characteristic.

Some states choose to protect people who've had arrests that haven't lead to convictions. This means that if you're an employer in one of those states, you're forbidden from considering a non-conviction arrest as a reason to not employ somebody.

5. The reason for the arrest might not affect a person's ability to do their job.

You will probably consider if the arrest could be indicative of behavior that would make the employee unfit for their job, however, Title VII of the Civil Rights Act "calls for a fact-based analysis to determine if an exclusionary policy or practice is [job-related] and consistent with business necessity. Therefore, an exclusion based on an arrest, in itself, [is not fact-based]." Ultimately, you can make an employment decision solely based on the underlying conduct - because "the conduct, not the arrest, is relevant for employment purposes."

6. You may want to ask the employee about the arrest.

EEOC says the facts of an arrest are difficult to find. "Arrest records also may include inaccuracies or may continue to be reported even if expunged or sealed." As awkward as it sounds, you might want to consider asking your employee about the arrest in order to give them a chance to explain the situation. Be sure to let your employee know that you're willing to have an open mind. This will give you an opportunity to assess the underlying conduct of your employee that led to the arrest, as well as your employee's credibility. You'll also be able to make a more confident decision regarding their employment.

The following comes directly from the Enforcement Guidance on the Consideration of Arrest and Conviction Records in Employment Decisions.

Need help with other HR topics?

CSI Accounting & Payroll also offers various HR packages that include guides to difficult questions like this one. There's no such thing as a business that's too small for HR, especially now that smaller companies have the option to outsource their HR needs. Did we convince you yet? Click the button below to schedule a free consultation to see if we are a good fit for each other. We hope to hear from you!

WE MAKE YOUR ACCOUNTING AND PAYROLL EASY,
SO YOU CAN FOCUS ON GROWING YOUR BUSINESS